Get the deck you’ve always dreamed of by contacting us at Premier Deck today. As a certified custom deck builder, here in New Hampshire and Southern Maine, it is our goal to help you turn your dream deck from a dream to a reality. Contact us today to schedule your initial custom decking consultation. 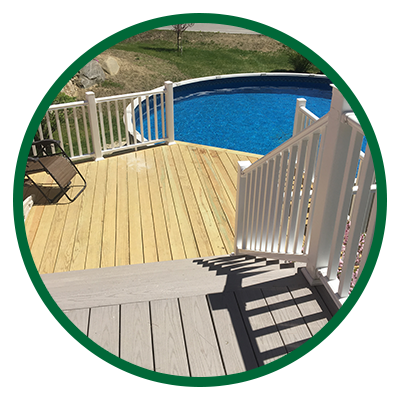 Each custom deck is built with the following in mind: 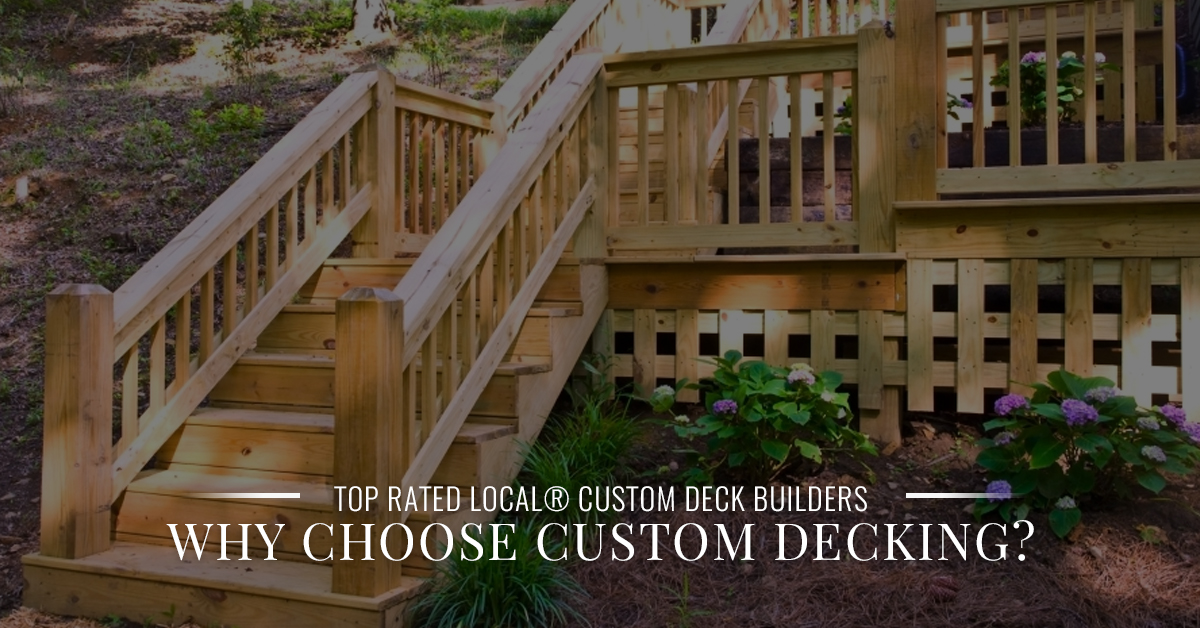 Picture This: It is a warm summer day and you find yourself sitting outside comfortably until the sun begins to set. You are with your friends and family, and everyone is incredibly impressed with your new outdoor living space.

Why Choose A Custom Deck?

When homeowners decide to have a new deck designed and installed on their home, they typically think of a standard square deck with a staircase coming off of it. A custom deck, however, is meant to meet all of your unique needs as a homeowner

What Makes A Custom Deck Special?

As custom deck builders, people often ask us “What is the difference between a custom deck and any other old deck?” Some people might think it is obvious because of the word “custom,” but a great number of people tend to not understand what makes a custom deck deserving of its title.

As Top Rated Local® New Hampshire custom deck builders, we have a great deal of experience designing and building custom decks for our customers. Each time that we build a custom deck, we do so in such a way that increases the value and function of a homeowner’s outdoor space. But what are the unique reasons that people decide that a custom deck is the best option for their home? 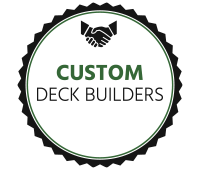 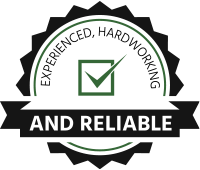 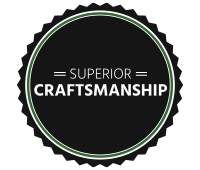 It Fits The Property And Home

Any time that you decide to build a deck, you are likely doing so because you want a functional outdoor space that you do not currently have. For some, there is no flat or usable ground on the property and a deck is a solution to make a functional outdoor living space. For others, however, there is an existing outdoor living space, but it could be further optimized so that you can get the most out of it.

Whether you are considering having a deck built to create space or optimize the existing space, you can benefit greatly from getting in touch with a custom deck builder like us, here at Premier Deck — because when we start to design a custom deck, we are doing so in such a way that all of your unique needs are met.

It Adds To The Value Of Your Property

When you work with experienced deck builders, such as ourselves, you can expect to have a beautiful, functional, and lasting outdoor living space that is sure to add value to you while you live there while also adding to the value of your home should you ever leave.

Custom Decks Can Be Built Quickly

When people think of custom decks in comparison to generic deck designs, they tend to associate them with an extended project deadline. While yes, some of the custom measurements, tweaks, and features might push back the project deadline when compared to a deck that has predetermined measurements and cuts, it does not really take much longer for a custom deck builder to build the deck. And after all, isn’t it worth it so that you can have a deck that meets all of your aesthetic and functional needs?

So, you have decided to get in touch with your local custom deck builders here at Premier Deck to have a new deck designed and built on your New Hampshire or Maine property. Upon contacting our team of custom deck builders, there are a few things that you should consider, with one of the most important being what kind of deck that you would like to have built on your property. Below, we have listed a few of the more common types of custom decks that people wish to have built on their property. 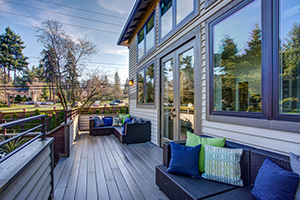 An attached deck is one of the simpler decks in the world of custom deck building. Essentially, an attached deck is an extension of your home that will act much like a patio would. Some of the more common uses for attached decks are to connect two buildings that are side by side on level ground, to create a patio on the back of an L-shaped home, as well as to create an outdoor living space for homeowners with smaller yards. 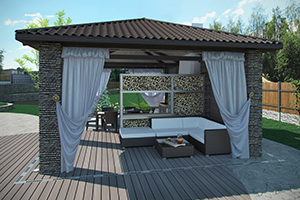 A less common style of deck, but an equally feasible design, is that of the detached deck. Detached decks are commonly used to create a level space a short distance away from a home that can be used for lounging, grilling, or catching some rays on a patch of ground that was previously unlevel and hard to use. 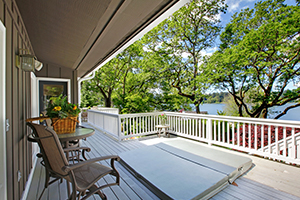 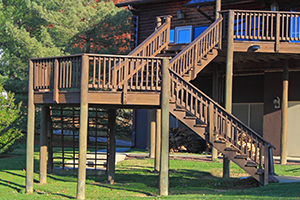 In New Hampshire and Maine, it is not uncommon for homes to be situated on a slope that leads to the yard being a little less functional than one might like. As custom deck builders, we can utilize multi-level decks to build platforms on multiple pitches of the slope that are connected by stairs or walkways. When it comes to multi-level decks, there can be projects both small and large. 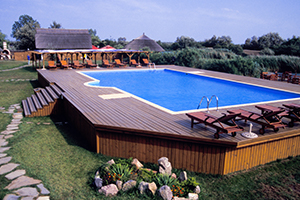 The Beauty Of A Custom Deck: You Can Make It Your Own

While we have listed a few of the more common decks that we are commissioned to build as custom deck builders, it can’t be guaranteed that a custom deck will fall within one of the classifications. Instead, a custom deck will be within a few deviations of a common deck-building style, but will also address the unique wants and needs mandated by the yard and homeowner preference.

Getting Started: Designing Your Custom Deck

When it comes to decks, all good things start with a great design. At Premier Deck, we take the design stage of each custom deck project incredibly seriously, because as a custom addition to your home, it is important that you are completely in love with the design before we break ground on the project.

When you work with our team here at Premier Decks, you can expect to be in the loop during the entire design process. From the initial consultation to the final draft of the design, we will take your preferences and specifications and translate them to a beautiful deck on paper.

As a Top Rated Local® Custom Deck Designer, we take great pride in our work. That is why we work with each and every one of our customers closely — from the design stage of the process all the way to the completion of the custom deck — to ensure that all of their needs are met and all of their questions are answered.

Once the custom deck design process has been completed, it is time to begin building the deck. During the design process, our custom deck builders will have worked with you to determine whether or not the deck is to be built using composite decking or wood, what railing options you like best, as well as any of the other fine details that contribute to making your new deck one of a kind.

As Top Rated Local® Custom Deck Builders, it is our goal to make the entire deck building process as enjoyable and as minimally invasive as possible. We get it, when people think of contactors, they typically think of a construction site that looks like a warzone. But when you work with our team you can expect a worry-free construction period and no interruption from our crew. In fact, the only thing we need from you is access to a source of electricity. Everything after that you can leave to us.

Once all of the designs have been finalized and you have reviewed and approved the project proposal, it is time for our team to break ground. Traditionally, deck contractors might pour a concrete foundation for each supporting beam to be built upon, but here at Premier Deck, we utilize the innovative technology of helical pile foundations.

Helical pile foundations are essentially a foundation technique that plunges large screws — known as screw piles — deep into the ground. Not only does this innovative foundation technique allow us to create sturdy custom deck foundations, but it also allows us to work through the winter — a time that most deck contractors know as the “off-season.”

Once the helical pile foundation has been set, it is now time for us to begin the construction portion of the project as we meticulously and carefully cut and assemble the framework that will soon be your new deck. Shortly after, the decking will be secured and the finishing touches will be put on your beautiful new deck.

Our Promise As Custom Deck Builders

As Top Rated Local® Custom Deck Builders, we take immense pride in our work. After all, no job is complete until our customers are happy with their new outdoor living space. While most contractors might consider this moment to be a job well done, we simply consider it to be the end of the construction portion of the project.

For five years after the last nail has been driven into your deck, we offer a workmanship warranty — meaning that if any damages occur as a result of an installation error, we will come to your New Hampshire or Maine home and fix it for free. In addition to our five-year workmanship warranty, we also offer one more service that other custom deck builders might not. We are so confident in the quality of our work that we will come to check out your deck one year after the project’s completion date to make sure that everything is in working order. So what are you waiting for? If you are considering having a custom deck installed, be sure to do it with the custom deck builders that care.

Contact Us Today To Schedule A Custom Deck Consultation

If you are looking to optimize your yard and create usable space for you and your family to enjoy, we urge you to contact us right away. As an experienced custom deck builder, serving Portsmouth, Alton, Greenland, Eliot, and Kittery for over two decades, our team has the knowledge, tools, and experience to build you the custom deck of your dreams.

If you have any questions for our team of custom deck builders, or if you would like to schedule an in-person consultation on your property, we urge you to get in touch with us today.

We look forward to building the deck of your dreams.

Have Questions? Don't Hesitate To Ask! 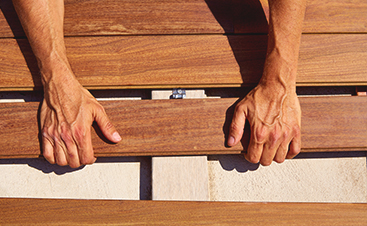 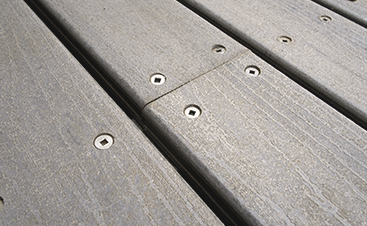 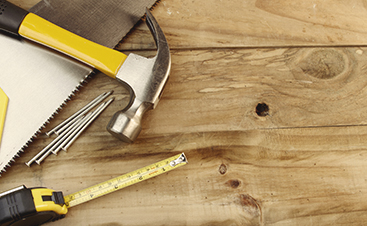